From: The Jockey Journal Board
Once up on the time, ill guess 1973 there was one black and white picture of one denvers choppers bike in Easy Rider with a very grotesque bend in the back frame of a pan head chopper. Does anyone know that bike or any pictures of it?

Are you thinking of Paul Scanlon's pan, in Waltham, Mass...1972? Raked at the rear (cut, extended, bent hardtail) instead of the neck. It was featured in Big Bike magazine, December 1972. Not associated with Denvers at all though. 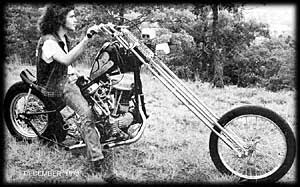 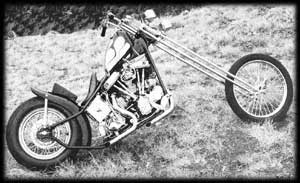 Yes this is one of the bike what started the Denvers Choppers style in Sweden. Michael Carlberg had it on the wall and we admire it. Grate of you to find it and add it up here, Thank you ww1aero! 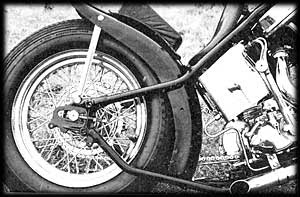 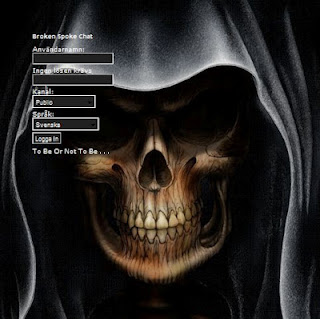 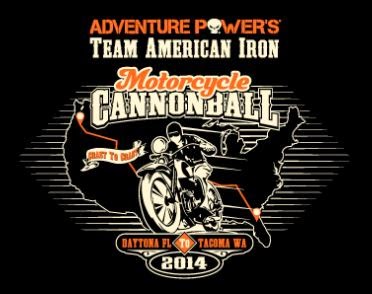 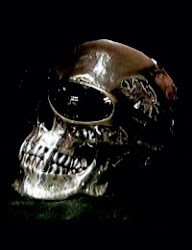 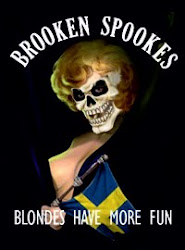 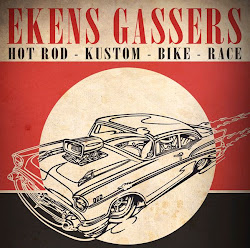